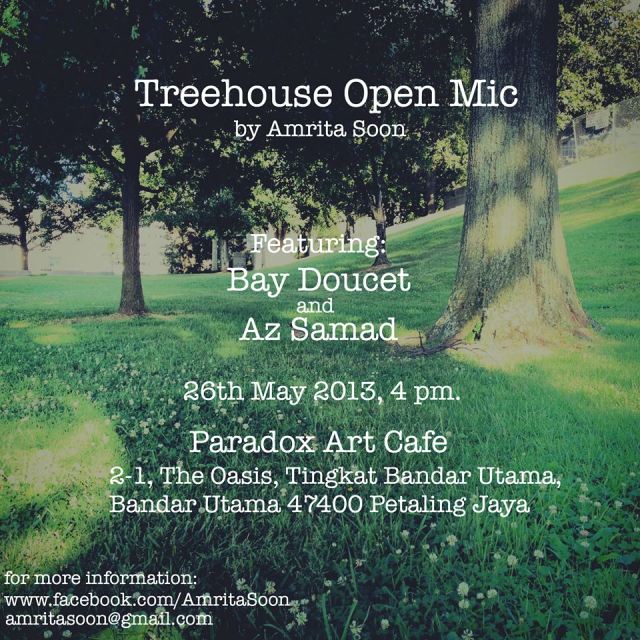 The 2nd installment of Amrita Soon’s Treehouse Open Mic is happening tomorrow! And we have 2 amazing featured artistes!!! See you there tmr:))

Bay Doucet (http://www.youtube.com/BayDoucet)
My name is Bay Boucet and I’m 15 this year. I started playing and writing music when I was 13. I’ve always loved music, especially folk and country, or blues. Anything that really brought out what the musician felt. I’ve always been scared of performing on stage but since I started my YouTube channel I’ve started opening up to performing on stage and I’ve loved it ever since. 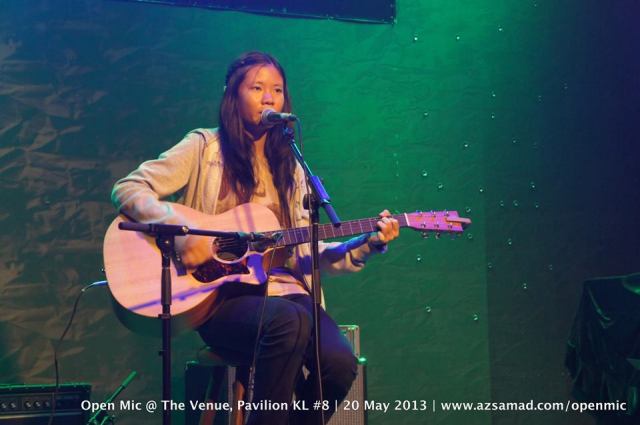 “Some people I’ve met argue that doing music is a highly-competitive business. But isn’t everything? It doesn’t feel like a competition though. I’m learning so much from these artists and everyone seems to be friends. By the way, there are over seven billion people in the world so wouldn’t even living be competitive? There’s a quote from someone on the other side of the world from where I am, and it says:

If I keep preparing for what I would do if I fail, then I would’ve have failed by not putting everything into what I actually want to do. Music is a very uncertain thing I am diving into. I don’t know what will happen next. I don’t know who would listen to and who wouldn’t. Nothing really goes as planned. I’m not even sure if this would work out; but getting to perform makes me feel that somehow in a tiny little way, it gives me a little reassurance. I’m learning to embrace the little uncertainties in life.”