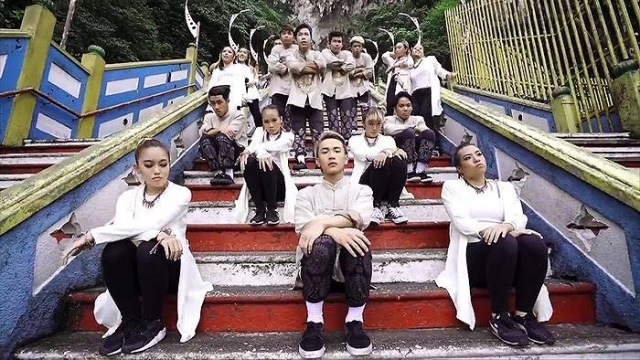 According to Ken Robinson in his book “Finding Your Element – How to Discover Your Talents & Passions and Transform Your Life”, passion is….

“…a deep personal attraction to something – a strong affinity or enthusiasm that can lead to profound enjoyment and fulfillment. Passion is a form of love, which is why people who are in the Element will often say that they love what they do.”

Life as a dancer can be very tough. If not for their love of dance, many of them would have given up midway. My daughter Sam found that out the hard way after joining Astro Battleground 2016 that saw the dancers go through 10 challenges in 2 months with the final 2 teams battling each other out at a tensed live show! They were physically and emotionally drained by then but they tried hard to keep their spirit strong by encouraging and supporting one another. Tears flowed freely in times of intense stress. They had also lost a fellow dancer earlier in the competition who had tragically died in a road crash in the early weeks of the competition. There was a short tribute to him in which a video of the late dancer was shown. It was a very emotional moment for his family and friends who were present.

When the result was finally announced after a grueling day of dancing their hearts out, there was a loud eruption of euphoria when Sam’s crew The Red Lycans won the championship! More tears flowed – this time, of joy. And relief!

“Finding your Element depends on having the opportunities to discover what you’re really capable of. One vital strategy is to do all you can to create those opportunities and to explore new avenues of possibility in yourself and in the world around you. In practice, of course, doing this may not be so simple. In some circumstances, some avenues for self-discovery may be discouraged or restricted.”

Not every dancer who had entered the competition had the full support of the family, as some parents viewed their child’s passion in dancing as something distracting from a more important pursuit – the paper chase of college and a “proper career”. Nevertheless they doggedly persisted in chasing their dreams and passions and eventually, their families accepted their choice of career.

And here’s the video of their collaboration with the world-renowned dance crew from Norway who call themselves the “Quick Crew”. Together they choreographed and filmed this beautiful dance video at a popular location in KL called Batu Caves. Be ready to be mesmerized!