A Celebration of Love and Joy!

The only explanation we can offer is that they were merely presenting what they had been doing all this while in their co-operative unschooling: the freedom to play and to express themselves creatively! Also, we were not aiming for perfection – that is an illusion being chased by others. All we wanted was for the children to plan and perform something that they all enjoyed doing – play acting, dancing and singing! There was no stress or pressure for them to achieve anything other than having fun doing what they enjoy doing. Parents merely helped to manage their rehearsals and preparations. Other than that, it was truly a children’s effort!

8. Guest performers:
Medina sings “I Saw Her Standing There”
Emily plays “I Wish You a Merry Christmas” (violin)

And the result was an afternoon of amazing performances and awesome fun! The energies were raw and spontaneous. The anticipation was feverishly high! The kids were, (surprisingly) reined in. The first part of the talentine was a music recital by my piano students and some guest performers. The rest of the kids sat very quietly and patiently on the staircase throughout the whole one hour performances, without their usual noise or complaints! The pianists did very well – proud of each and every one of them for their discipline, courage and enthusiasm. And Arian the drummer, provided some light-hearted humor (where did that come from?!!) during his performance, which was spontaneous and natural. The finale was the singing of “It’s a Small World” and “Sayonara” by the Clicvengers accompanied by Francesca at the piano. We did it. We pulled it off! My house is still standing!

(This was a play based on the ancient Chinese teachings on morals and respect for elders. Because of the sing-song type of recitation, children enjoy them very much. At the same time, they get to learn the Chinese language as well as its teachings on morality. The kids play-acted the scenes on respecting the elders during meal time.)

(This was the children’s idea of play-acting their parents’ mannerisms as well as idiosyncrasies! A brilliant and humorous look at their parents from their points of view! ) 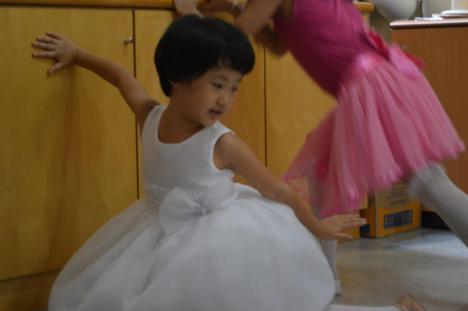 (This was a freestyle dance by the little girls with just a little help from Amrita. They just moved freely to the music with such grace and lightness!)

(This was conceptualized by Arian who is an avid hip hopper. He chose a dub-step music which the boys moved really well to the extreme rhythmic changes throughout the entire performance. To attempt this kind of dancing, one has to be extremely fit with good stamina. Well done, boys!)

5. Heroes & Heroines – a Fashion Show by the Clic kids

(Another concept by the kids themselves who weaved an interesting story into the fashion show, performed admirably by the boys and girls. They looked adorable in their superhero suits and princess and fairy gowns! Beautifully narrated by Francesca and Yun Wen!)

1. Deck the halls with boughs of holly,

2. Tis the season to be jolly,

3. Don we now our gay apparel,

Dashing through the snow
In a one-horse open sleigh
O’er the fields we go
Laughing all the way
Bells on bobtail ring
Making spirits bright
What fun it is to ride and sing
A sleighing song tonight!

We wish You a Merry Christmas

Good tidings we bring
To you and your kin
Good tidings for christmas
And a happy new year.

Now bring me some figgy pudding 3X
And bring it right here.

We won’t go until we get some 3X
So bring it right here. 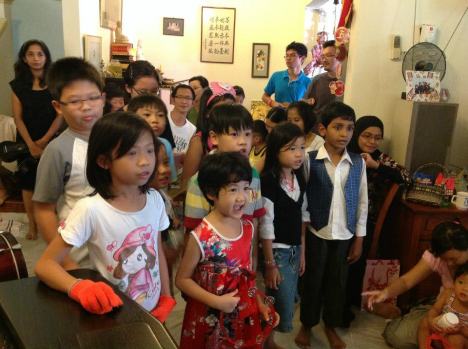 The energies generated on this day was infectious. Parents were visibly happy and inspired by the kids’ wonderful performances. This will occupy an important place in our memories of our days together at Clic, growing and learning side-by-side with our children :)) This is our dream school come true!

The beauty of Clic is that from the get-go, we wanted to create a learning environment that is based on love and inclusiveness, not on competition and exclusivity. Seeing the multi-racial and multi-faiths of the gathering of families here, gives us much hope and joy for a more integrated Malaysia that our children will inherit. We all need to work towards that!

Because no one else will do it for us.

And a Blessed Christmas and a joyful New Year!

Sent from my iPad