Mark your calendars, make yourself FREE!

We are very pleased to announce the launching of Treehouse Open Mic by our recently turned 17-year-old daughter, Amrita! It is happening this Sunday, March 24th at Paradox Cafe in Bandar Utama. Amrita was invited to sing there by another organiser of an Open Mic event last year and she fell in love with the place! It is spacious, very family-friendly and serve good and moderately priced food and drinks. And best of all, it is a place that supports artists and musicians!

What is an Open Mic?

Open mic’s are events which anyone can come to perform – be it singing, playing a musical instrument, doing a stand-up comedy, beat-boxing or reciting a poem. People who go to open mic’s are usually just starting out. Sometimes more experienced performers go to open mic’s to try out new materials or meet with other artists. It is a good place to network and also learn from one another other. The atmosphere is always very warm and supportive. There are no boo-ing or jeering from the audience even if a performance may be quite bad!

Why an Open Mic for teenagers? 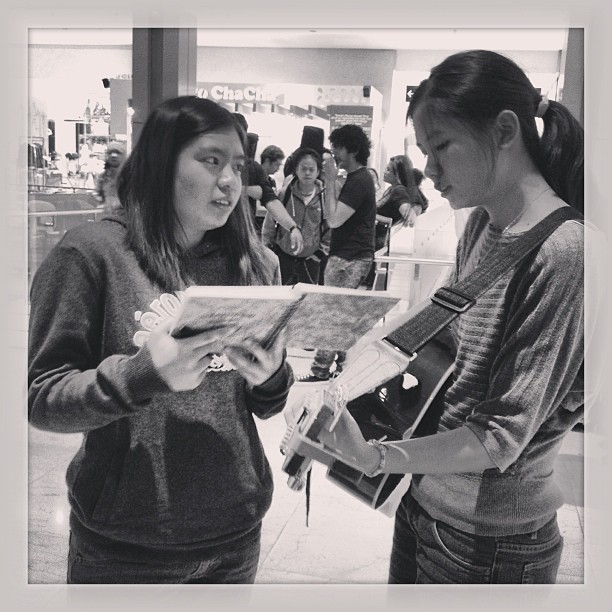 We have been bringing Amrita (and Sam) to the various Open Mic events in KL and these are some of our grouses: the venues are not suitable for teenagers as they are drinking places (with age restrictions) and often very smoky (not from smoking ducks!). And also the events can go on till very late a night. So, Amrita has been mulling the idea of starting one for teenagers like herself for a while now – an event that has no boozing, no smoking and no “past bedtime” hours! So now her idea is becoming a reality! (If people turn up:))

How is it done?

There is usually a system that goes with these open mic’s; either you sign up before hand, or queue earlier to get a performance slot. Normally, one slot would last 10 minutes or 2 songs per performer, including setup time.

“At The Bluebird Cafe in Nashville, where many stars were discovered (like Faith Hill and Taylor Swift!) and where I had tried my luck at during my trip there last June, performers are selected randomly after they have queued to register to perform.

Unfortunately, I didn’t get to sing there but I managed to get a priority ticket to perform when I return the next time!” says Amrita.

“Open mic’s are like beginnings – I performed at an open mic for the first time about two years ago at Doppel Cafe (Central Market). I was getting tired of singing to the four walls of my room and found this place called Doppel Kafe that organized open mic’s monthly. Starting out, I played more covers than originals and was very afraid to talk. I’d much rather sing than to talk about my songs and I was very nervous. I am very grateful to the audience and the organisers who were so supportive and encouraging. I learnt a lot from the other performers too!” 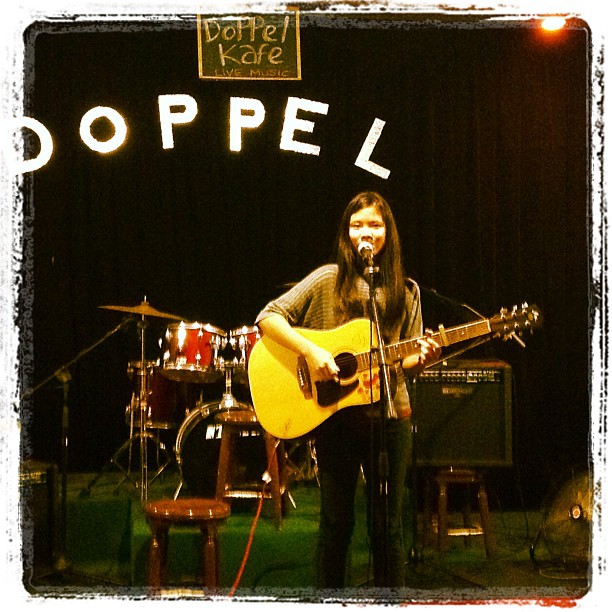 Who should come for the Open Mic?

Anyone and everyone should come! Bring your family. Bring your friends! Bring your grandparents! (Amrita will!) Come to perform. Or just to applause and soak in the music and spirit of it all! And don’t forget to order food and drinks from our host, Paradox Cafe – for providing their venue free-of-charge!

So come on over this Sunday. Starts at 3 but come at 2pm for sign-ups. For more details, go to Facebook: Amrita Soon.