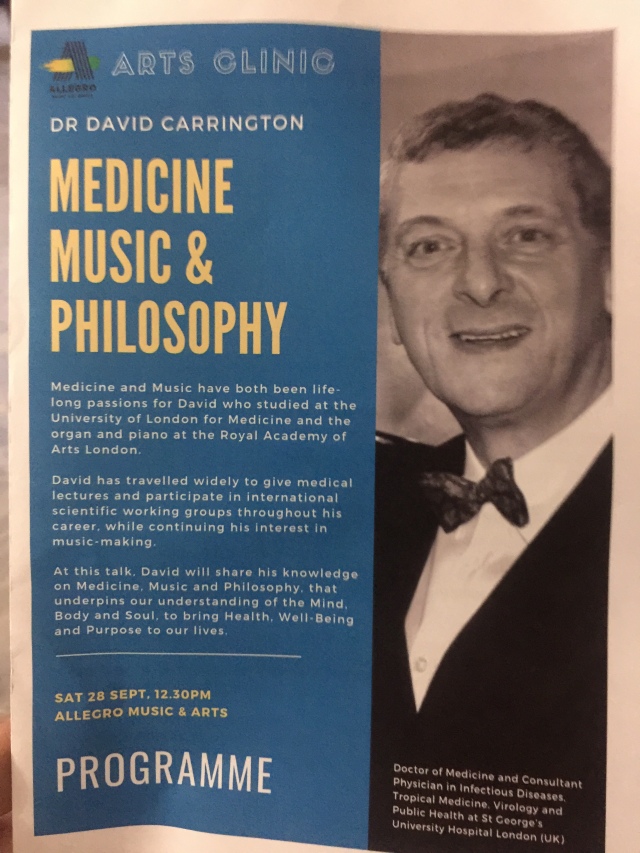 Arian and I went for 2 music events yesterday: a talk and recital by Dr David Carrington – a medical doctor cum amateur pianist; and a piano recital by Prof. Congcong Cai of China. The former by the doctor was an interesting talk linking medicine, music and the mind – a topic of immense complexity approached skilfully like precision surgical procedure – followed by his personal interpretation of JS Bach’s music, one of which had to do with sleeping stages – which revealed the amateur side of the good doctor, and the first of its kind that I’ve heard which resulted in my suppressed and unstoppable laughter, which drew unwanted and disapproving attention from the speaker and audience😬😅 I thought it was a fantastic imagination he had and I showed my appreciation accordingly😝 Like come on, who would have linked Bach’s piano trills to Rapid Eye Movement (REM) in sleep mode! 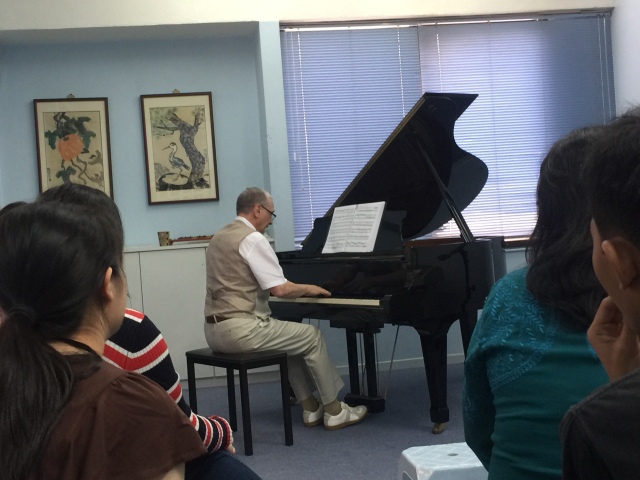 We only decided on attending Congcong Cai’s recital during lunchtime, after we saw the poster at the talk. It’s in the vicinity of Ampang and it was going to start in 2 hours – just nice after our late lunch! 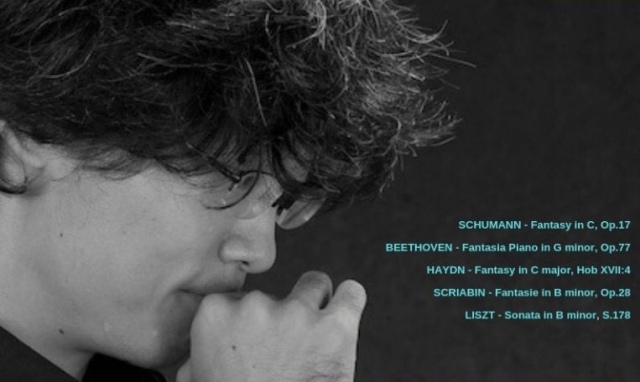 The recital started with extremely torturous first half with the much lauded pianist performing with unusually and inexplicably tensed body (his facial and bodily contortions said it all) and I thought to myself, what a poor tortured soul he is! But thankfully, after the intermission, he came back with slightly more relaxed attitude, but Liszt was not a light composer to tackle, and hence, we were subjected to more beatings of tortured fingers and tortured mind! The final big relief came only at the last piece that he had so generously offered as his second encore – a Chopin nocturne Op.27, No.2 (I think) in D flat major, which he articulated with raw emotion and a comfortable relationship with the composer’s music that left me wanting more of it. But it was his finale piece. What a pity! And then it was autograph and photograph time, and Arian actually gave a big smile for the camera! Bravo! I’m a happy mom 😝 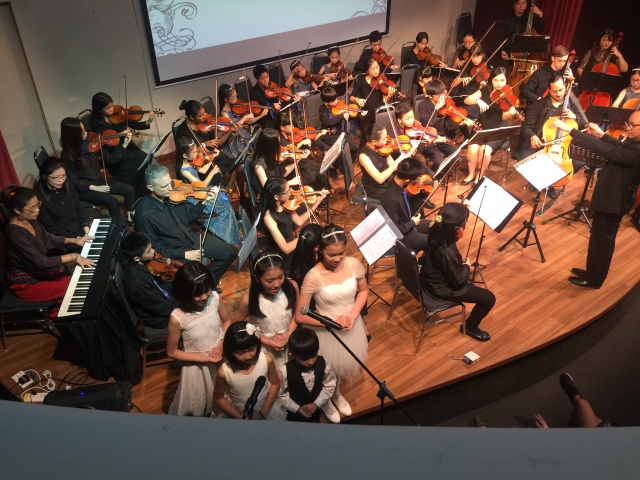 And today we went for an orchestral recital by the Eugene Pook Orchestra Academy. The #EugenePookOrchestraAcademy is a very young orchestra of hardly 2 years old, and what they may be lacking in experience, they more than made up for it with their PASSION and ENTHUSIASM! Especially for its founder Mr Pook of Eugene Pook Orchestra Academy, and his great team of wonderful teachers, who give no qualms about switching hats from being the conductor or instructor/coach to taking a seat amongst their students and playing alongside them. I see joyful faces. I hear youthful music. I feel pure passion. As Mr Pook has very humbly admitted, there is much room for improvement, but with the faithful collaboration between the conductor, the teachers, the students and the parents, they are well on their way to excellence! So go send your kids there, go purchase tickets to their concerts, and do share the word out about this new-kid-on-the-block orchestra with a youthful difference! Let’s help put them on the world stage one day!

So, to answer the question posed in the title of this piece – Why Music Education? Besides the long list of scientifically proven benefits and brain-boosting effects, music has the power to heal our wounded souls and mend our broken hearts. Most of all, music maketh man – it gives us a much-needed voice and makes us much more human in the world where the noise of angry voices drown out the voice of reason and the choice for peace. It certainly is a wise choice to invest in music education- for yourself, for your child, for your community!